A murderer from the frontier of infinity

Star Kings
a race of aliens who disguise themselves as humans.
Their only goal is Power, an they lust for it, regardless of life.

Keith Gersen’s parents have been murdered by a Star King and he is determined to avenge the crime. With endless galaxies of space to search and a name as his only clue, he begins the hunt – a hunt that is to take him to the frontiers of infinity, where different suns shine on different worlds and nothing is certain except ever-present cosmic danger.

Somewhere in the icy blackness of deep space he finally locks on his prey – and homes in to unimaginable astral terror.

‘That now rare form of science fiction, a really rattling space opera… Great stuff, but I warn the squeamish about the ending’
The Listener 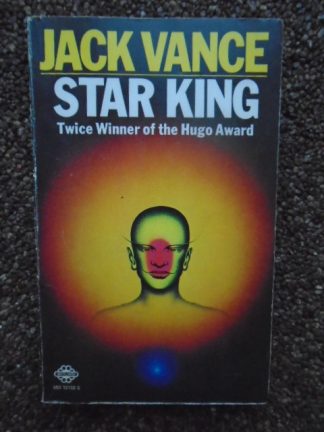