A four-star package from the foremost modern master of science fiction.

when Earth cuts off the Martian colony’s water supply, it looks like the end. Until somenone has a bright idea about the ringa of Saturn…

Roi, an extra-terrestrial scout, is disgusted by what he learns of Earth’s biology…

the lethal force of a killer planet baffles a crew of top scientists until a despised youngster from the Mnemonic Service remembers an old 20th-century report.

In four outstanding novellas of superlative science fiction, Isaac Asimov once more displays all the flair, pace and imagination that have made him the world’s ackowledged King of SF. 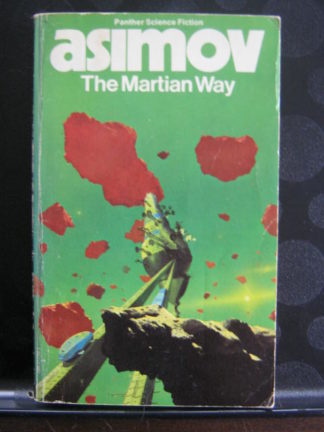