The Chems were the prisoners of eternity, gripped by the despair that immortality brought. They were strange dwellers in a timeless world that brought terror and suffering to the creatures they manipulated.

Enter their world of infinite possibility and discover the fascinating secrets of a master race whose plaything is time.

These are the super beings who control men’s destinies and who derive their pleasure from the pain and torture they inflict on mere human beings.

Frank Herbert is the author of that science fiction classic DUNE which won the annual Hugo and Nebula Awards as the Best Science Fiction Novel. 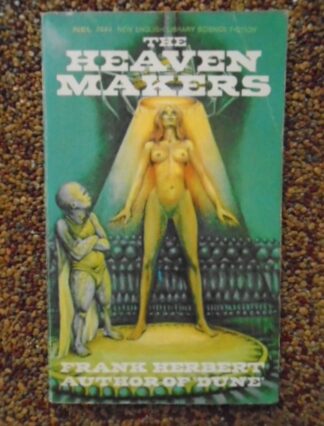