A.E. van Vogt – The Twisted Men / Calvin M. Knox – One of our asteroids is missing

A.E. van Vogt has earned himself a place among the masters of science fiction for his amazing skill at creating unprecedented situations and startling new ideas. In THE TWISTED MEN his talent is highly evident.

A spacecraft returns with the discovery that the solar system is doomed, Nobody believes it , but a handfull of people decide to attempt the migration to another star system, just in case. They pin their chances on an experimental star ship called, appropiately, Hope of  Man.

That’s just the beginning of a spectaculair trio of cosmic adeventures and mind-challenging concepts, which involve the whole future span of humanity and the lenght and breadth of the universe.

THE CASE OF THE HIGH_JACKED ORBIT

There seemed only one possible explanation to the nightmare Storm found himself in – Someone wanted Storm’s asteroid. There had to be something on that tiny celestial body worth a great deal more than the reactive ores Storm had dicovered. And that something was obviously worth the obliteration of anyone or anything getting in the way. 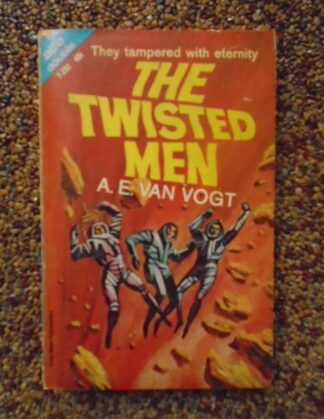